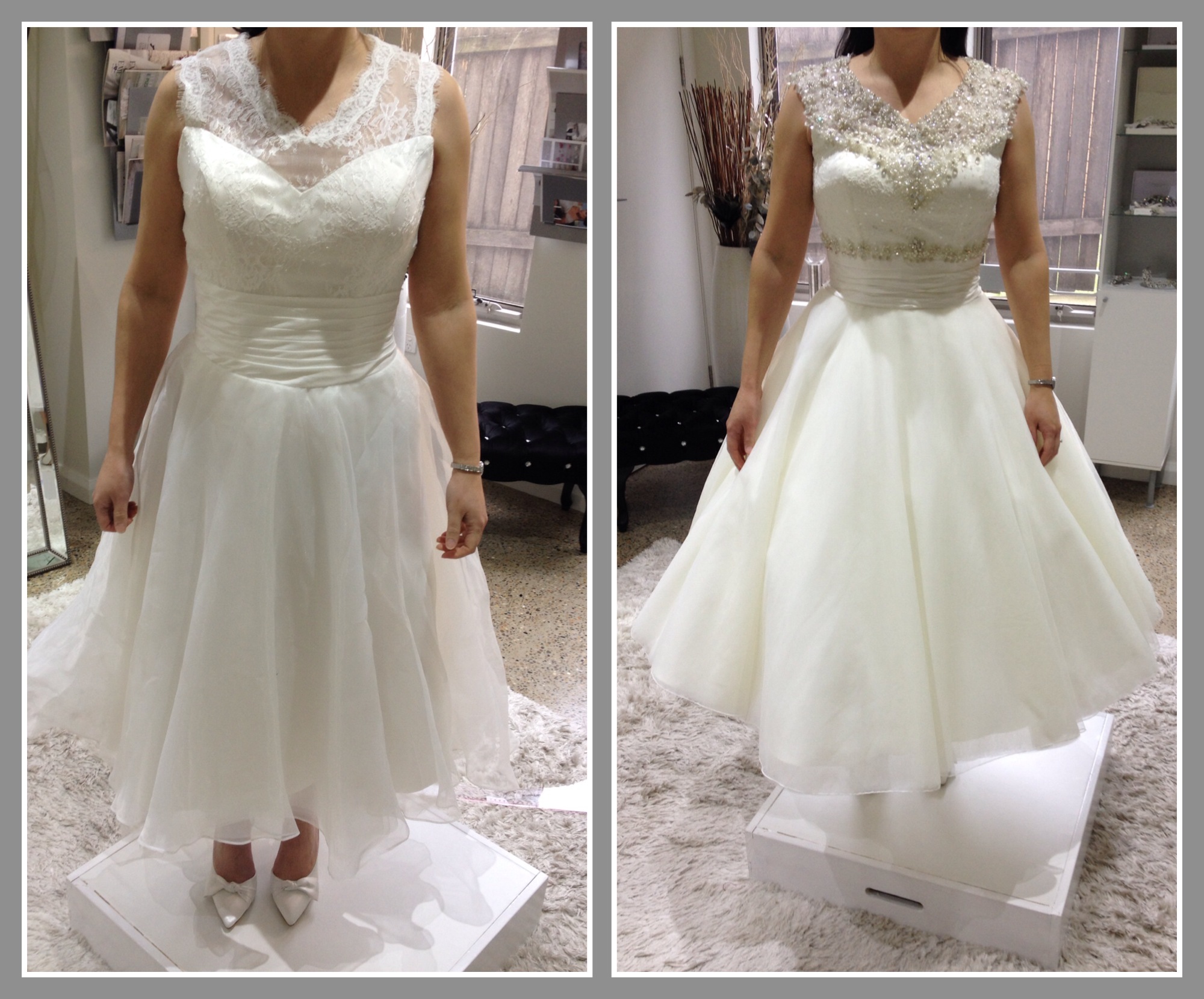 I had a bride in months ago to order her Justin Alexander Tea length dress. When she tried it on she remarked on the difference between the dress she had bought and the dress she tried on, as she had purchased an imitation of the same gown for $300 online.
The dress my bride referred to as a 'reject' came in a tiny bag she said, wondering what she had bought when she pulled it out of the bag, she decided to pick off the 'gross' beads to see if she could make it look better. To no avail, she took it to a dressmaker in Canberra who admitted that while she might be able to fix it to a degree, the dress was it what it was... 'On of the better imitations but it's only ok.' In my opinion as a dressmaker, I have to admit, that I don't really think much of the quality of the imitations. The old saying that if something is too good to be true then it probably is definitely applies to bridal gowns.

Still undecided at whether to salvage the imitation gown, my bride showed it to her friend. After being disappointed at the lukewarm reaction to the dress, my bride decided she didn't want the same reaction from her guests on her wedding day. Like all brides, she really wanted to knock it out of the ballpark ;)
So when her new dress arrived I asked her to bring the counterfeit in... you can judge the results for yourself.

Brides to be, all I can say is if you're marrying the real thing, why would you want to have a fake dress? You're worth more than that !!